For the past decade, my discoveries through the use of Ancestry.com have delighted, amazed, frustrated and humbled me. I have discovered that Queen Elizabeth is a 6th cousin, 3 or 4 times removed (I have forgotten the exact details). I have also discovered that Clyde Barrow of Bonnie and Clyde fame is also a remote cousin of similar connection. And those are neither the best nor the worst of it. The humbling part is that I can accept neither one nor the other without accepting both. My heritage contains heroes and villains, rich and poor, peasants and royalty, geniuses and the learning disabled—in other words, some of everything. But today I am most concerned to focus on a family relationship that I cherish equally with the members of my most immediate family.

Like thousands of others, I sent my DNA sample to Ancestry to learn more about family connections. I grew up in New York State, far from the southern families of my maternal and paternal heritage. I waited far too long to question the few family members I did meet, to learn much about my family history. I therefore set out to learn what the combination of DNA and recorded history could tell me. Thanks to Ancestry, there were also professional genealogists to help when I needed them. I soon learned more than I could have hoped.

Looking at the big picture, I found confirmation in the results of the Human Genome Project that supports Anthropology’s claims that there are more differences within the so-called “racial groups” than there are between them; that human ancestry can be traced back to its origins in East Africa, where we became human. This, by the way, does not in the least challenge my equally strong understanding of a Creator of the Universe and all that is in it, who also gifted everything in the universe with a portion of Himself, finally giving the first humans a portion of His spirit. The Bible tells us that the Creator longs for restoration with the portion of His spirit that is within us, explaining also our longing for Him.

But I digress. My point is that our earliest ancestors lived in Africa. Probably East Africa. When I visited Uganda a few times while living in South Africa, I heard over and over how its inhabitants believed Uganda to have been the Garden of Eden. Their proof is the amazing fertility of the ground in Uganda, such that I also heard that “our children may be naked, but they are never hungry!” Fruits and other growing foods are plentiful in Uganda, almost seeming to grow wild. Today, that is an unusual claim for any part of Africa. The Garden of Eden claim may just be local lore, but it brings home what has become a scientific claim: We human beings are all descended from the same family, and that family lived in Africa, and they were therefore black. And, I might add, they were also beautiful, and perfect. The Creator said so.

After I sent in my DNA sample, an avalanche of names of new relatives hit my inbox on a regular basis that continues to this day. Some connections were easier to make than others, but one particular type of connection brought home to me the importance of remembering the truths of history. Names began appearing on the list that belonged to present-day African Americans. While my mtDNA history did not place any immediate ancestry in Africa, it definitely connected American African people to me. Our combined histories confirmed the stories of the past, where African women enslaved to the owners of southern plantations were frequently impregnated by those same owners and/or their adult male relatives. The resulting children were not acknowledged by these same men, and they were raised as slaves. If they survived to have children, the children of those children are alive today and are my cousins. If I had been alive during the era of slavery, they would have been my sisters and brothers.

So I cannot say that I had nothing to do with slavery, because still today it affects members of my own family. My ancestors and their families owned southern plantations, and owned slaves. Some of them fathered children by those slaves. I am definitely not alone in this reality. It happened everywhere.

So it follows that if I quietly accept the institutional racism of my country, and the economic injustice that has grown out of it, I am guilty of denying the blood of my blood–the children of my own forefathers–the justice I would seek for myself or my own brother. And if that doesn’t bring the reality of the brotherhood of mankind, who are children of the same Creator, into focus…well then, we are deliberately blind and fully deserve the consequences that will be visited upon us.

Or, we could accept our responsibility for failing to stop and reverse the sins of the past, and work for the equality—social, economic and legal—of all who share this nation with us, until we are able to join those in the world about us who have understood that our fate as a human family depends on our combined efforts to honor and care for this planet and those who share it with us.

It may not be too late. 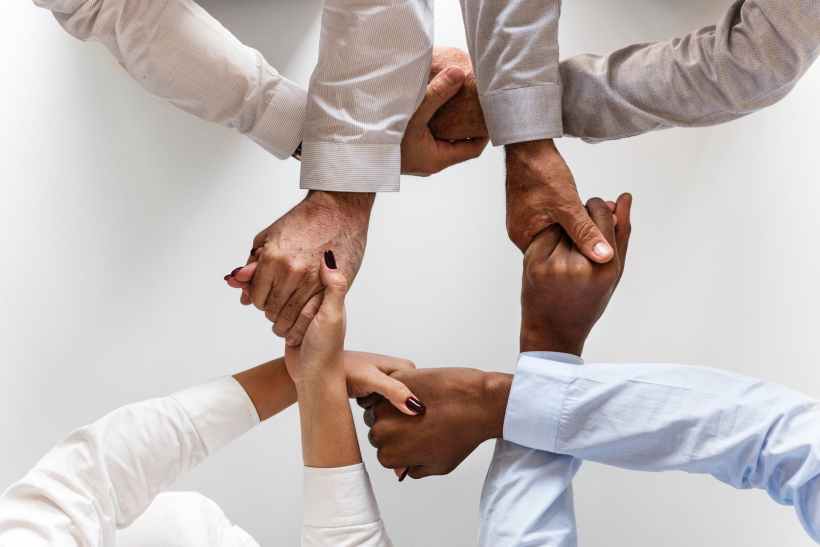 Photo by rawpixel.com on Pexels.com

3 thoughts on “DISCOVERIES ON ANCESTRY.COM”